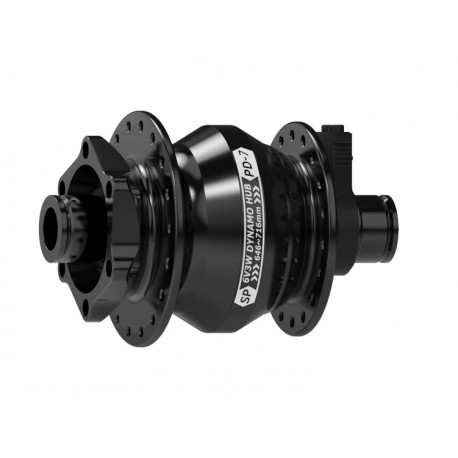 Since creation of the 1st generation QR12 thru-axle 8X-M series hub dynamo, we have never ceased efforts to improve it! The 7 series hub dynamo is the culmination of this intensive two year effort and represents a premium departure from the 8X-M. While offering the same 6V3W output as the 8X, the 7 series manages an amazing weight loss of 60g across comparable specifications. Did we mention the lightest specification is a mere 399g! The 7 series defines an entirely new vision of hub dynamos weaving innovation, style and craft into reality.

Design concept is the driving force behind SP. In bridging concept to reality, the SP team focused on the field of manufacturing technology. It was the spirit of leaving no detail unchecked that enabled the 7 series to shed 60g whilst matching the 6V3W output of the 8X series.

No customer reviews for the moment.